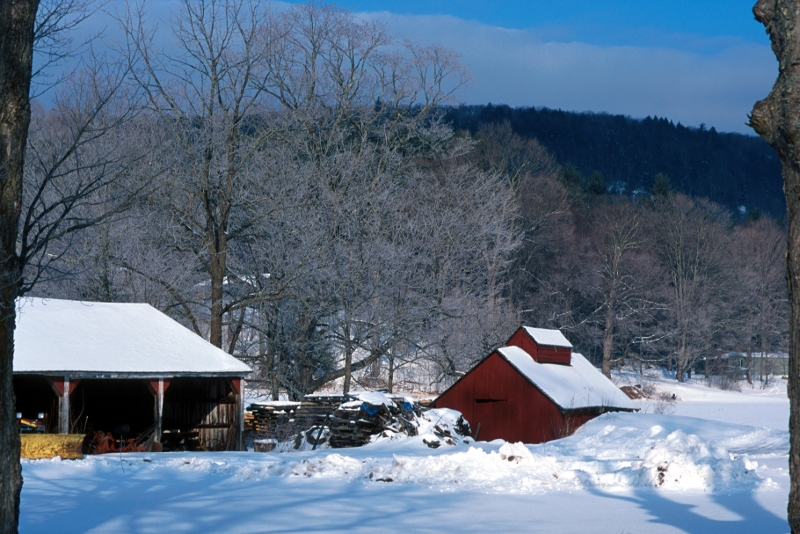 Hanging Mountain Farm, which is located at 188 North Road, Westhampton, MA 01027, has been in the Aloisi's family now for three generations, starting with Leo's father who worked here on the farm in the 1930's as a teenager. He purchased the farm from CG Loud in 1947 when it was still a working dairy farm. Leo and his three brothers were all raised and worked on the dairy farm until the cattle were sold in 1971 when Leo, the youngest, enlisted into the Army.

In 1983 Leo purchased the farm from his father with his wife Anita and their two daughters. Their daughters Jennifer & Missa were 5 & 7 years old when they moved to the farm from Enfield, Connecticut. The years have passed quickly and now the girls are grown, married and with children of their own..

The Strawbale Building, and Back to Sugaring 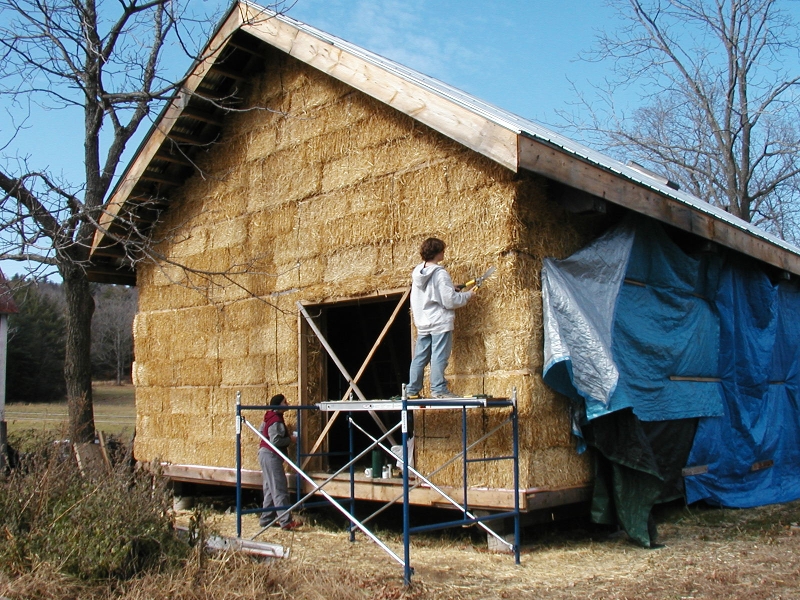 Our daughter Missa designed and built the Strawbale building from 2002 to 2006 the year we opened the breakfast cafe here on our farm. It was open from 2006 to 2021. Because it was built out of straw bales, it has a high energy factor and very "green" in the materials used. It's now NOT part of our farm any longer since it was sold in October 2021 to a business that will be using it as an office building.

Here on the farm many things occur, including Christmas Trees in the winter, sugaring in the spring and our excellent Maple Syrup that is available year round. The owners are in their retirement years so they have stopped doing many of the activities of the past, such as veggie production, hay production, farm tours, and informational sessions to the public which are no longer available. There is no longer a sugarhouse restaurant as we closed to the public in the spring of 2020, at the start of the pandemic. We still produce our maple syrup.